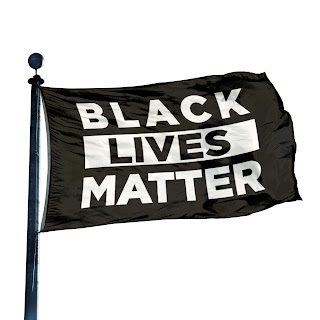 Jack Posobiec at Human Events has published a leaked U.S. State Department memo which encourages all U.S. Diplomatic and Consular posts to display shows of support for Black Lives Matter on Tuesday, May 25, the one-year anniversary of George Floyd’s death, and beyond.

From the memo  (my highlight):

May 25 marks the one-year commemoration of George Floyd’s murder. For 9 minutes and 29 seconds, the world saw firsthand how police officers brutally took the life of an unarmed Black man in the United States. These viral images ignited national and global Black Lives Matter (BLM) protests and demonstrations. This tragedy joined a long line of Black men and women who have suffered at the hands of police brutality. These national and global protests sparked a movement to confront systems perpetuating deep-seated inequities rooted in colonialism and the oppression of racial, tribal, ethnic, and other minority communities. Mr. Floyd’s murder prompted an international outcry to seek racial justice and equity by dismantling systemic racism and eradicating police brutality affecting communities of color, most acutely, people of African descent...

(U) Any BLM-related displays within the interior of the mission, or exterior displays other than the display of a BLM flag on the flagpole (e.g., a banner over the door, BLM spotlights, projections, etc.) are at the Chief of Mission’s discretion.

(U) As outlined below, Chiefs of Mission may decide to hang BLM flags, as appropriate and depending on local context. This cable constitutes a blanket written authorization for calendar year 2021 from the Under Secretary for Management (M) to display the BLM flag on the external-facing flagpole to any Chiefs of Mission who determine such a display is appropriate in light of local conditions. This is an authorization, not a requirement.

(U) U.S. law at 4 U.S.C. section 7(f) provides that “[w]hen flags of States, cities, or localities, or pennants of societies are flown on the same halyard with the flag of the United States, the latter should always be at the peak. When the flags are flown from adjacent staffs, the flag of the United States should be hoisted first and lowered last. No such flag or pennant may be placed above the flag of the United States or to the right of the U.S. flag.” The Black Lives Matter flag, and/or any other types of affinity flags, should be treated as pennants of societies in accordance with this provision, and accordingly, when displayed alongside the U.S. flag either indoors or outdoors, should always be placed in a subordinate position. Regarding the external, public-facing flagpole of all U.S. missions, the written approval of the Secretary, through the Under Secretary for Management (M), is necessary to display any flag other than the U.S. flag, a Foreign Service flag, or a POW/MIA flag. As noted above, this cable constitutes blanket written authorization to display the BLM flag on the external-facing flagpole during calendar year 2021. ..

Posts are strongly encouraged to make full use of Department and Interagency tools and resources to promote policy objectives to advance racial equity and support for underserved communities throughout the year, including with a particular focus on May 25 and during June to commemorate Juneteenth and lesser-known racially motivated attacks such as the Tulsa Race Massacre – the 100th anniversary of which will take place May 31 – June 1, 2021...

The Department stands ready to assist Posts in their efforts to develop and implement equity-related programming, outreach, and events.  Posts are requested to use the Diversity and Inclusion (KDNI) tag when reporting these activities via front-channel as appropriate.

It should also be noted that the memo highlights the Black Lives Matter Global Network, which was founded by three Marxists. From the memo:

BLM is thus an umbrella term for a constellation of ideas, objectives, and groups. There is no ‘leader’ of the BLM movement. Rather, there are numerous organizations that use BLM terminology to varying degrees, including some whose names include the phrase ‘Black Lives Matter.’ Of these, the most prominent is the Black Lives Matter Global Network s running.

Who the hell is running  Joe Biden?