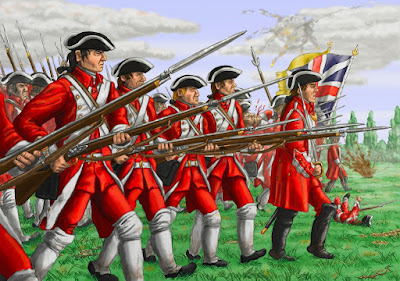 One thing we know about Lefties is that by definition they are not deep thinkers.

By their aggressive censorship efforts, it is clear they believe they have some kind of significant influence over thinking people. Give me a break.

What lefty social media platformers control are various methods of communication. If they had the ability to think deeply, they would understand that communication has gone on long before their platforms existed. They supply certain communication tools and that is it. They will never be able to stop deep thinkers from communicating with each other. And the action is always with the deep thinkers.

Even during the error of Soviet Russia where death penalties were sometimes administered to free thinkers, the samizdat existed.

Jack Dorsey and Mark Zukerberg have zero chance of killing off serious communication.

In fact, at this point, I would be happy to see more censorship by them. It is better than their doing mischievous shadow banning etc. behind the scenes.

For some reason, it is over-the-top censorship that is going on now at Twitter, Facebook and the rest of Socialist Valley.

They have now adopted the look of British Redcoats during the American Revolution, marching right down the middle of the road.

This is an absolutely absurd move for them to make. The more people they ban, the stronger the counterrevolution develops.

A homesteading group in which my wife participates got hit with the FB "moderation" hammer because they discussed "preparing." The preparing is for gardening and canning and the shackles should, I assume, pass, but the whole group had enough. They migrated to MeWe.

And as  KGB defector Yuri Bezmenov warned in 1985:

Leftists in the United States all these professors and all these beautiful civil rights defender...they get disillusioned when they see  that Marxist-Leninism has come to power. Obviously they get offended. They think that they will come to power. That will never happen of course... They may turn into the most bitter enemies of Marxist Leninism when it is in power.

It is already happening. Some are waking up in ways they have never been woken before when they start to feel the boot of oppression on their necks.

When Viva Frei, who has been subject to some YouTube demonetizing, appeared on the Alan Dershowitz show, he admitted to Dershowitz that many years ago when Norm Chomsky wrote a foreword to a neo-Nazi book he was horrified. But he continued, he now appreciates Chomsky's overwhelming support for free speech.

New York University’s Mark Crispin Miller recently appeared on the Tom Woods show. He talked about how he was being investigated by NYU because of a complaint from a student in his propaganda course. They clearly want to "cancel" him.

During the interview, he said, "I think I am becoming more libertarian."

So if Jack and Zuck want to play their cancellation card to promote central planning, I believe they should continue to march on so brazenly. Socialist Valley is creating more recruits every day who are moving away from authoritarianism.

This Saturday, I attended a group that included some very important people. They were upset at some of the goings-on. As I looked around at the group, I thought to myself that it would have been impossible to get this group together even a year ago. Now, though coming from different backgrounds, they are more sympathetic to the idea that the state is a serious threat.

I believe some very important things are going to come out of this group, Stay tuned.

I would really prefer a situation where there was no censorship and oppression but if it is to be, I would rather see it out in the open the way it is now.

The period ahead is unlikely to be pretty. The socialists control a lot of important communications avenues but I am not afraid even if the entire internet gets shut off to liberty lovers. At this point, it will just grow the opposition.

So I say to you socialists, keep on banging your drums loud. I want plenty more people to hear, notice and dislike what you are up to.

Thanks for the recruitment help.