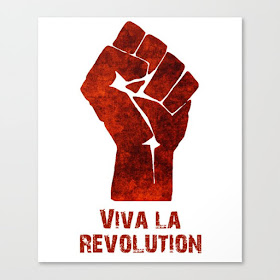 Just spoke with relatives in California who were sick of being shut up inside Gulag California with nothing to buy at the stores, so they decided to seek out a restaurant that actually allowed willing customers to enjoy their food inside the establishment.

I will not reveal the location but it was, let’s say, a bit off the beaten path. The owner was holding court with his grateful customers who were similarly sick of being caged like animals. Everyone was happy for that human interaction. The owner bought the place a couple of years ago, he told them, and spent his savings on re-modeling the place. His children and grandchildren work in the family business and he has put his entire heart into it.

“What do you think about the government ban on allowing customers to eat inside restaurants,” asked my relative, as he munched down on a delicious chili size.

That sentiment was broadly supported among the other customers at the establishment.

Let’s hope this is the beginning of the great backlash against the authoritarians who believe they have the right to tell us we cannot leave our homes, that we must destroy our livelihoods, put our families at risk, and that we dare not question the “experts.”

The above originally appeared at LewRockwell.com.