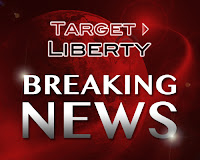 This is a developing story. Return to this post for updates.

Talk about meddling in the affairs of foreign countries.

The move comes almost two weeks after Nicolas Maduro was inaugurated for a second term, and follows a series of statements in which the US has condemned Maduro’s “illegitimate usurpation of power” following elections it claims were “unfair”.

Guaidó swore himself in and opposition supporters staged mass rallies through the country.

The White House has released the following Trump statement:


I will continue to use the full weight of United States economic and diplomatic power to press for the restoration of Venezuelan democracy. We continue to hold the illegitimate Maduro regime directly responsible for any threats it may pose to the safety of the Venezuelan people.

Maduro says he is breaking off relations with the U.S. and American diplomatic personnel have 72 hours to leave the country after Trump recognized leader  Guaido as the country's interim president.